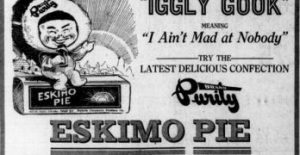 Edmonton’s (Canada) professional football team dropped the word “Eskimo” as their team name. The makers of Eskimo Pie ice cream are also retiring the brand. Inuit people and organizations have campaigned for years to get rid of the Eskimo name. They have new momentum during a wave of reassessments by sports teams, corporations and elected leaders of names, logos and monuments that don’t hold up under modern scrutiny. The word ‘Eskimo’ comes from a non-Indigenous interpretation of one or more Indigenous words. Some Inuit and Yupik people identify themselves as Eskimo while others see it as a slur.