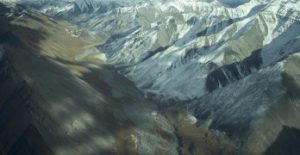 The U.S. Department of Interior could put oil and gas leases up for auction in the Arctic Wildlife National Refuge by the end of the year according to Secretary David Bernhardt. The Trump administration recently cleared another hurdle for resource extraction in in the pristine wilderness. Some tribes in the area oppose drilling, saying that it will harm the caribou populations that are critical to their cultural survival. Others support drilling because of the added jobs and other economic benefits.