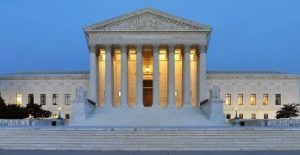 Dozens of Oklahoma tribal members convicted of crimes in state court are asking for a second look at their cases in the wake of the U.S. Supreme Court’s landmark McGirt vs. Oklahoma decision in July. But the decision that reaffirmed Muskogee Reservation status has implications well beyond criminal convictions. Tribes and state officials are now working to map out how the decision affects key areas like taxes, Indian child welfare and public safety. We’ll get an update on what potential changes tribal leaders and scholars see in the wake of this major victory for tribal sovereignty and jurisdiction.