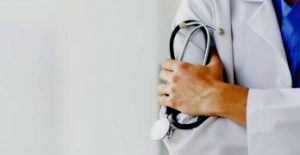 In the last moments of her life, Joyce Echaquan (Atikamekw Nation) recorded staff at the Quebec hospital taunting her with racist comments. The hospital fired two workers and opened an investigation. Quebec’s premier issued an apology, but insisted there is not a systemic problem with racism in the medical establishment. At least one 2017 study found a quarter of Native Americans say they experienced discrimination while seeking medical attention. The Association of American Medical Colleges recently released guidelines for addressing racism against students and patients.