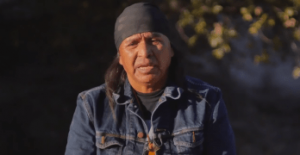 Just days before the end of the Trump Administration, the U.S. Forest Service took action that paves the way for a massive copper mine on sacred Apache land in Arizona. The grassroots Apache Stronghold group filed a lawsuit to save Chi’chil Bildagoteel, also known as Oak Flat. They say the Forest Service’s environmental review was rushed in order to take advantage of the Trump Administration’s pro-development stance. The Stronghold maintains the mine proposal violates an 1852 treaty and First Amendment rights to religious practice. We’ll get an update on this years-long battle.