Today, February 8- A new direction on borders and immigration 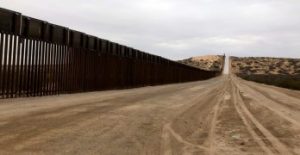 President Joe Biden signed executive orders within days of taking office reversing some of the previous administration’s immigration policies. The new president called to reunite immigrant families and protect asylum seekers and he proposed legislation to give legal status to about 11 million immigrants who are currently living in the U.S. without documentation. Biden also halted border wall construction and diverted the funds elsewhere. Displaced Indigenous people are part of the migrant groups that come to the U.S. from Mexico and Central and South America. What does a new presidential administration mean for future immigration policy and the treatment of Indigenous people who cross the border?