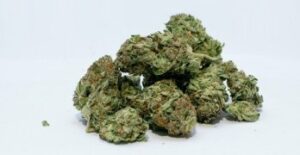 The Eastern Band of Cherokee council legalized medical marijuana on tribal land. Pot is still illegal in the rest of the state. New Mexico recently became the 18th state to legalize recreational cannabis use. Tribes there are exploring options for production and sales of marijuana. Several other tribes and states are on the cusp of opening up marijuana markets. Possessing and using the drug remains a crime under federal law. We’ll get an update on the marijuana industry as tribal economic development.