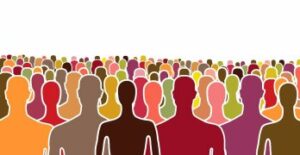 Are workshops about racial discrimination discriminatory? Elected leaders across the country are proposing laws and classroom changes that aim to weaken instruction about America’s racist past. Instead, they say they want more emphasis on subjects that paint the country in a more favorable, patriotic light. It’s part of the backlash against what is sometimes called “Critical Race Theory,” which some Native scholars point to as a vital piece of fully understanding the ongoing legacy of colonialism (This is an encore show so we won’t be taking live calls)