Today, August 24 – What‘s behind the record jump in Native populations? 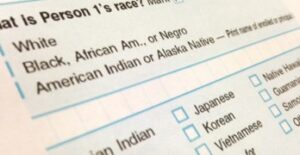 The release of 2020 data from the U.S. Census Bureau shows significant increases in the country’s Native populations. All multiracial groups gained percentages compared to the overall population. In the ten years since 2010, the number of people the Census categorizes as American Indian and Alaska Natives increased from 5.2 million to 9.7 million. The population jump has implications for things like congressional and legislative districts. It also affects representation in civic engagement and resource distribution. We’ll find out the possible causes for the increase and what it means for the future.