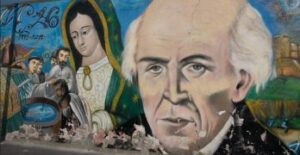 September 16th is a national holiday in Mexico, but it doesn’t mark the day the country achieved independence from Spain. It commemorates the day a revered priest rallied his townspeople with his Cry of Independence. The country’s Indigenous people were instrumental in the battles that followed, as they fought to get out from under Spain’s oppressive caste system. We’ll get the history and explore the role of Indigenous Mexicans in this important commemoration.