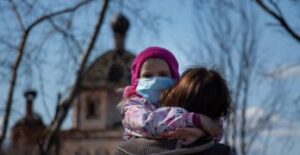 The Indian Child Welfare Act has been upheld in dozens of court decisions as a vital federal protection for Native adoptees and foster children. That string of wins ended when a Texas district court judge ruled the more than 40-year-old law unconstitutional. A subsequent federal appeals court agreed that at least parts of ICWA are unconstitutional. Long considered by legal experts as the gold standard of adoption law, ICWA faces its most significant legal challenge. We’ll examine how we got here and who is behind the legal efforts to dismantle ICWA.