Today, July 13 – A setback for the Dakota Access Pipeline 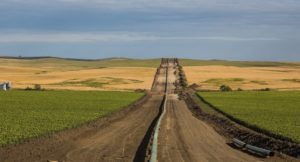 Tribes in the Dakotas and their allies declared victory when a U.S. District Court judge stopped the flow of oil through the Dakota Access Pipeline and ordered the U.S. Army Corps of Engineers to do another, more extensive environmental review. Still, the company that operates the pipeline plans to appeal the judge’s decision saying oil will flow again “once the law and full record are fully considered.” The DAPL decision was one in a series of setbacks for pipelines all over the country that tribes expressed concerns about. We’ll analyze where these court decisions fit in with the ongoing fight against the encroachment of oil pipelines on traditional tribal land.