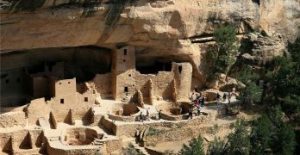 Tribal leaders in the Southwest are praising the successful return of items stolen from Mesa Verde almost 130 years ago. It’s the culmination of an agreement with Finland originally announced last year to repatriate ancestors and funerary items taken by a Finnish scholar in 1891. The incident helped spark establishment of the 1906 Antiquities Act and the establishment of Mesa Verde National Park. Leaders from the four tribes that have cultural affiliations with Mesa Verde worked with the U.S. State Department to return and reinter them this month. We’ll hear from tribal leaders about the significance of the items and what it took to have them returned.