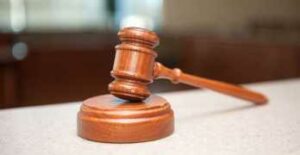 A federal appeals court struck down some previsions of the Indian Child Welfare Act while upholding others in a complex and sometimes divided 325 page ruling. ICWA advocates express concern about far-reaching implications of the decision by the Fifth Circuit Court of Appeals. At the same time, they find some things to cheer. Those working against ICWA are calling it a partial victory. At issue is the long-standing ability of tribes to keep Native children in Native families. We’ll learn more about the most recent decision and what it means for the future of ICWA.