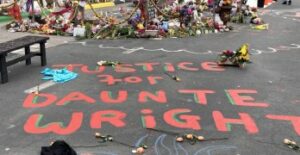 Just north of the courtroom where a police officer is on trial in the death of George Floyd, another officer shot and killed Daunte Wright, an unarmed black man. The Brooklyn Center Police Department acknowledges the shooting was accidental, and charged the officer with manslaughter. Such incidents are gaining higher scrutiny and continue to raise alarm among people of color. At least one analysis of Centers for Disease Control and Prevention data finds Native Americans die at the hands of police three times the rate of their white counterparts. We’ll look at what is changing and what still needs to change to prevent the high rates of deaths of Native people and other people of color.