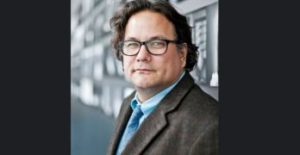 “Reconciliation is dead.” That’s the message from Canadian broadcaster and artist Jesse Wente (Serpent River First Nation) in a commentary about the Coastal GasLink pipeline protests. While his comments might seem controversial, he often speaks his mind directly in a sea of “Canada nice.” In this hour we’ll talk with him about his career as a broadcaster, film curator and his role as director of the Indigenous Screen Office. (This is an encore show from March 12, 2020).